How to Get Laid at Fashion Week 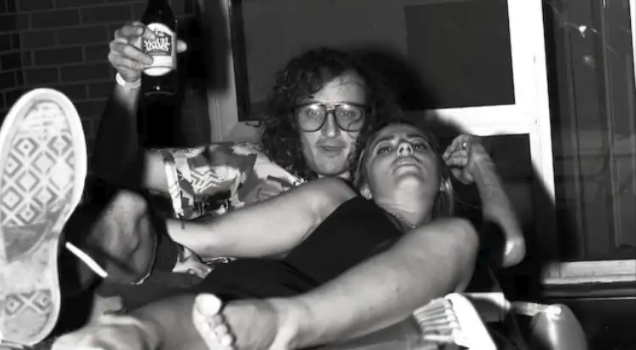 Getting laid at fashion week is remarkably easy. Everyone is exhausted, hungover, or still drunk and in the middle of a bender. It’s an over-sexed industry in general, and a hyper-sexed week in specific. All you have to do is make it happen.

Getting laid at fashion week is remarkably easy. Everyone is exhausted, hungover, or still drunk and in the middle of a bender. You can see it in their faces. People are shattered and have lost all forms of inhibition, so consequently no one gives a fuck. It’s an over-sexed industry in general, and a hyper-sexed week in specific. All you have to do is make it happen.

A good first step is picking out your fashion week targets ahead of time. It helps if you find someone who lives out of town so you don’t have to worry about running into them post-fashion week. Right now, fashion week is kicking off in New York. So, if you’re a New Yorker trying to get your rocks off, try to undress a funny-talking Brit or a waif-y Parisian. Obviously, you have to be flexible in case your target isn’t down. Having multiple parties to go to and multiple crushes to track down can only help in the long run. The trick is to find balance by being selective and keeping your options open. Remember, make-up artists and security guards need love too—and they are probably the only people at fashion week you’d want to be around after you finishing busting a nut.

Finding the right time and place is important—any spare corner, the back of a cab, stairwell, etc… Just pick a spot that might not be interrupted for a few minutes while you get down to business. Also, wear protection. Getting knocked up at fashion week definitely happens, and cities like New York and London are cesspools of disease. I don’t know what’s worse, a fashion baby or fashion herpes, but try to avoid both if you can.

One thing everyone’s guaranteed to like is a fashion week story, as it gives them something to tell all their friends who weren’t there. It makes them look glamorous. People like looking glamorous. Use that to your advantage. If you do, you might find yourself knocking boots in a stairwell with a much more attractive and vacuous person whose sole mission during fashion week is to “not miss out,” even if that means swapping fluids with a pleeb. Glamorous.

Also, bring drugs. There is no greater social lubricant than a little nose candy at fashion week, just don’t use it as actual lube. If you do, you could end up with gangrene. It’s happened before—probably at a fashion week.

Being good-looking is also pretty damned important. This shouldn’t be a surprise considering most of the people at fashion week are extremely superficial. Remember though, looks can be seriously altered by personality, so if you can figure out a way to become more attractive (whatever the circumstances require), you’ve got a major leg up. If that doesn’t work, offer to get your target another drink or pay their rent.

Unexpectedly, throwing up isn’t necessarily a bad move. It helps you sober up and makes you look pretty badass in the process. I once watched a girl make puking on the street during fashion week look so sexy that I had no choice but to start playing tongue-hockey with her as soon as she finished spitting up some bile. You see, for every sexy girl at fashion week, there’s a corresponding scumbag. It’s something about all the posturing of fashion week that has a way of bringing us out like worms during a rainstorm.

Now, there are two distinctly different types of scumbags you should be aware of: the Han Solo, who is rough around the edges with a heart-of-gold, and the kind of person who lies about their positions of power in order to get laid. Don’t sleep with the latter. I’ve watched more than one guy tell a young model that he could make her famous, make her a somebody, and then use that notion to take full advantage of her. It’s almost an industry standard at this point. Be careful. Sharks are in the water.

Having a good name and doing something “important” will always help. The same goes with being sly, having a great personality or accent, and being loaded. Some girl told me that if you have access to a show or party and can get them in, it’s automatically a turn-on. I can’t confirm that. I’ve hustled a number of girls into events and have not had sex with any of them. It’s probably true for some people though, so access is a good thing. At the same time, you don’t want to flaunt it, as bragging can be a major turn-off for a lot of people—which brings us to the crux of the matter.

The thing is, no single approach is guaranteed to be successful. The people you’re dealing with are just as different as yourself, so what might work on one person isn’t necessarily going to work on another. Assuming everyone’s receptive to the same game is naive. Getting laid at fashion week is like getting laid anywhere else, and that means you have to use your own method according to the person and the circumstances. Don’t be afraid to not get laid either, because let’s face it, sometimes things don’t work out. You need to recognize that it’s all about who you are, not what you are, and in a world of superficiality, authenticity stands out. So my only honest piece of advice for getting laid during fashion week is quite simple (for those who have the guts to pull it off): be yourself.