Obamacare or Not: The Future of HIV/AIDS Care 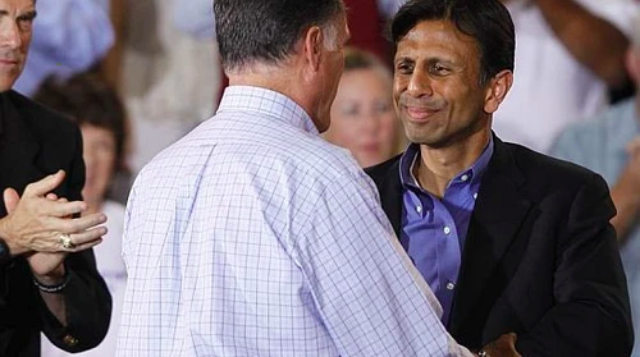 After the Supreme Court held up Obamacare in June, opponents of the law invested their hopes in this Tuesday’s presidential election. If elected, Mitt Romney has every intention to repeal the legislation. For people living with HIV/AIDS, the stakes…

Louisiana has one of the highest rates of HIV/AIDS in the nation. As of June 30, 2012, the state counted 18,502 residents living with the virus within its borders. The capital city, Baton Rouge, ranks first for the number of cases per capita, while New Orleans, the cultural heart of the state, ranks fifth. The majority of those afflicted are among the millions of Americans who have no health insurance.

The Affordable Care Act, perhaps better known as Obamacare, requires states to set up a health insurance exchange program by 2014. The federal government plans on providing grants to the states to help them pay for this transition, but conservative Republican governors like Jindal have opposed it anyway. Jindal, along with nine other conservative governors, has vowed to refuse federal grant money in a principled opposition to Obamacare. After the Supreme Court held up the ACA in June, opponents of the law invested their hopes in this Tuesday’s presidential election: If elected, Mitt Romney has every intention to repeal the legislation.

Around 20.8 percent of Louisiana residents, or 938,000 people, lack health insurance. By refusing to implement the ACA’s expansion of Medicaid, Jindal is denying these citizens access to healthcare. Some of the most vulnerable people affected by this decision are those living with HIV/AIDS.

Employees at NO/AIDS Task Force, the biggest AIDS clinic in New Orleans, have been watching national healthcare developments with interest. HIV/AIDS is considered a preexisting condition by insurance companies, so for those who have the disease and do not already have insurance, the likelihood of ever getting insurance again is infinitesimally small. Medicaid, Medicare, and the Ryan White Care Act—a law initially signed into law in 1990 and subsequently renewed every four years by Democratic and Republican presidents alike—provides funding for HIV/AIDS treatment for low-income people. But many people remain uninsured. The directors at NO/AIDS see the biggest change brought by the ACA to be the prohibition of insurance companies from barring patients with preexisting conditions.

“That’s not going to be an issue anymore,” explained TJ Rogers, the communications manager for NO/AIDS. “The clause against preexisting conditions being lifted and providing our patients access to insurance is going to be massive. We’re very excited about it. HIV/AIDS is not only considered to be a disease of poverty but one that is also impoverishing. This involves not having access to health insurance. If you have it and lose it, you’re never going to get it again. It’s almost impossible to ever get insurance if you test positive.”

In 2011, the medical insurance breakdown for the NO/AIDS clinic was 334 clients with private insurance, 523 came in with Medicare, 594 had Medicaid, and 1,296 were uninsured. Some of those numbers overlap, such as those who are covered by both Medicare and Medicaid, but the fact remains that nearly half of all their clients were uncovered. If President Obama is reelected for a second term, the ACA will most likely become permanent, and the vast majority of those who were previously uncovered would have access to insurance.

The expected changes will undoubtedly affect more than just the uninsured. It will affect healthcare clinics as well. Rogers envisions NO/AIDS evolving into a community health clinic, providing services to patients regardless of their ailments. It’s seen both as a way to provide for the community at large as well as shoring up continued funding for their current clients. The ACA and the expansion of Medicaid are forcing clinics nationwide to restructure their organizations to reflect the new policies, and the reality of the situation is not being taken lightly.

“We’re expecting that we’re going to have to change the way we do things. There was a lot of talk at the US conference about AIDS about how certain organizations won’t exist anymore, and people will have to look long and hard at what they do. There are a lot of questions as to if the Ryan White funds will be needed anymore, whether or not it’s even going to exist in the future. There is an expectation that it might go away, or at least be greatly reduced. There’s a lot of talk about being ready for when this happens.”

It’s not clear how the government plans to proceed with the Ryan White Act. A number of organizations that currently access the fund only provide niche services, such as preventive work or supportive services. Once the ACA goes into effect, there is the expectation that many of these smaller clinics will be forced to shut down. Nonetheless, the overall feeling in the industry remains noticeably upbeat.

“We’re definitely optimistic, but we’re realizing that we have a very short window in which to figure out how to move forward. Many of these organizations have created the model of care that the government wants everyone to have access to. What we consider the San Francisco model of care is a fully holistic spate of wrap-around services that get people the care they need, and more importantly, keep them there. Making sure they’re fed, housed, that type of behavioral health—that’s the level of care the government is expecting from federally qualified clinics.”

When asked about the general consensus the staff at NO/AIDS has towards Jindal’s stance, Rogers was candid in his response.

“We’re not surprised he’s saying that now, but we’ve yet to see what’s going to happen with the election. When you boil it down, if you live in the state of Louisiana, your federal tax dollars are going to go pay for care in other states. Suddenly the state of Louisiana would be wasting residents’ tax dollars, and that won’t fly. I think you’re going to see some of these governors modify their positions in the future. Everybody is playing politics right now, campaigning for themselves or campaigning for someone else. Jindal talks a big game now, but I think come January we’ll see a lot of governors change their tune.”

Although Jindal’s posturing might delight his base, he cannot stop the act from being implemented in Louisiana if Mitt Romney loses. Obamacare was set up so that if a state refuses to set up its own exchange, the federal government has the right to step in and implement the insurance exchange regardless, though this wouldn’t happen until 2014. In other words, there’s a very realistic probability that the preexisting conditions clause will be removed, but that in places like Louisiana, it still might take years. For those with advanced cases of AIDS, the length of the delay could be the difference between life and death.

Gov. Jindal’s decision to play politics with providing access to healthcare is hardly one based in immorality—it’s more a question of what he has determined to be morally sound. He claims the act is too costly to implement, and that because of this residents of his own state should accept being denied access to medical attention. By weighing the cost of healthcare in dollar terms versus the actual health of Louisiana citizens, Jindal has clearly defined what he considers to be most important.

“Look, federal dollars aren’t free,” said Jindal on NBC’s Meet the Press in July. “Those dollars are coming from us, our children, our grandchildren. We’re borrowing money from China to spend on government programs we can’t afford. The best thing we can do is help people get good-paying jobs instead of giving them federal programs.”

Hopefully our grandchildren can figure out ways to do both.